At the bottom every man knows well enough
that he is a unique human being, only once on this earth;
and by no extraordinary chance will such a marvelously picturesque piece of diversity in unity as he is,
ever be put together a second time.
~Friedrich Nietzsche 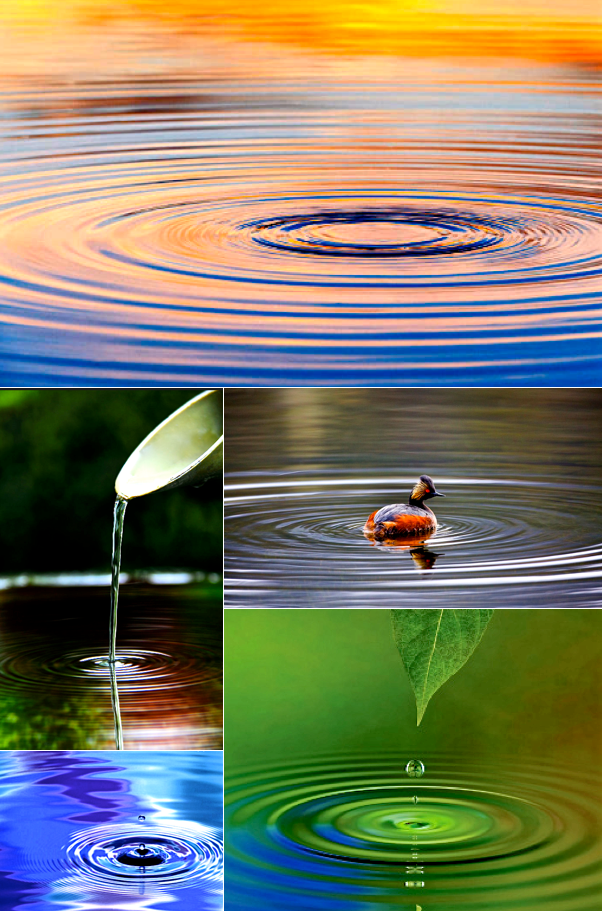 Scripture tells us we are all made in the image of God, Himself, so why then are we not all the same? I’ve come to think of it like this: our bodies are a whole entity made up of diverse parts that on their own cannot function nor do they serve any purpose as separate parts. However, together they work as a fully functioning part capable of being and accomplishing great things. So not unlike the human body then we, as individuals, are all diverse in appearance and here for sundry, specific purposes in the whole body of Creation/Christ. Though not all cookie cutter images are we, we are designed to be diversity in unity with God as well as unified to all the diverse things He has made. We are meant to be in relationships so as to deepen our reverence and affection for all mankind and our Creator who is bigger, more powerful, more diverse, and more loving than we could ever imagine. As we live out our lives, what our eyes see and what our mouths speak should always be filtered first through our heart of hearts where we are inextricably tied to the strings of God’s heart. What we look like matters only in the light of how we treat everyone and everything that crosses our path on this journey, be it the earth and its bounty that sustains mind, body, spirit, and soul, the creatures we encounter, or the people who share our lives. We are all an integral part of a bigger picture. Where we are at any given moment and what we do affects whatever or whoever is near to us in this sacred kind of jigsaw puzzle. But our impact doesn’t really end there, does it? Whatever or whomever we touch has reverberations. It’s like the ripple effect in a pond; the circles just keep moving on and on taking drops of the whole along with them until they reach the outermost boundaries if there at any. Thus although we are unique and seemingly an end unto ourselves, we must never underestimate the reach of our lives and the effects of our unique blossoming within the sphere of the whole body of this thing called life. Everything we say or don’t say at times and everything we do or don’t do sometimes makes a difference! And no two entities are exactly the same; also all bear scars sustained during growing seasons in this thing called life. Yet we are one with the One who made us, and it is to Yahweh that we shall return!

**Images found on the Internet

Despite doubt or hopeless turns of mind, you are not broken.
Spirit surrounds, embraces, fills you from the inside out.
Release everything that isn’t your true nature.
What’s left, the fullness, light and shadow,
claim all that as your birthright.
~Danna Faulds 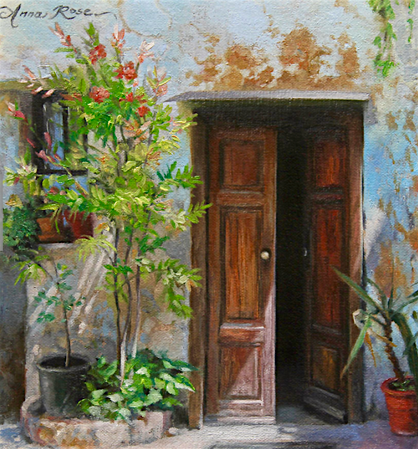 A door opens. Maybe I’ve been standing here shuffling my weight from foot to foot for decades, or maybe I only knocked once. In truth, it doesn’t matter. A door opens and I walk through without a backward glance. This is it, then, one moment of truth in a lifetime of truth; a choice made, a path taken, the gravitational pull of Spirit too compelling to ignore any longer. I am received by something far too vast to see. It has roots in antiquity but speaks clearly in the present tense. “Be,” the vastness says. “Be without adverbs, descriptors, or qualities. Be so alive that awareness bares itself uncloaked and unadorned. Then go forth to give what you alone can give, awake to love and suffering, unburdened by the weight of expectations. Go forth to see and be seen, blossoming, always blossoming into your magnificence. ~Danna Faulds

**Image found on the Internet

A garden is the mirror of the mind.
It is a place of life, a mystery of green,
moving to the pulse of the year,
and pressing on and pausing the whole
to its own inherent rhythms.
~Henry Beston 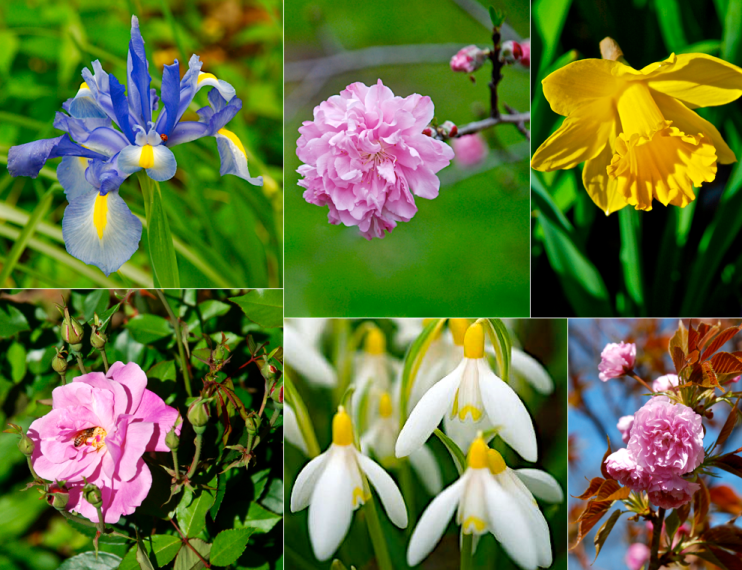 After the autumnal equinox passes sometime in late September the days begin to grow shorter and shorter so that light blesses the soil less and less. Soon with each new cold front that blows in temperatures start dropping more and more from the feverish pitch of their summertime highs. Then as the year’s last child draws near its end, the first freeze comes and the garden starts to wither and unravel. Soon afterwards another freeze arrives, harder than the last, and then another until the stage is set for ice or snow or frost to layer the land. With each onslaught winter’s sting strikes deeper and deeper at the remains of the garden. However, after the winter solstice occurs, the process of “pausing the whole” slowly but surely begins to reverse itself so that day by day there’s a little more sunlight and a little more and a little more until somewhere in all of that movement of the sun and the earth and the stars, the divine mystery and its miracles spark children of the soil into being once more. Faithfully in hidden wombs beneath soil or in bark, embryos have been growing and waiting for the elements to create the right catalytic mixture to push tiny tips upward or outward into the light of day. Following the first emergence of new life, earth’s sacred rhythms, which had been faint as we traversed winter’s veil of grief, become louder again until buds, nurtured by water, warmth, and sunlight, grow large and ripe enough to come into their time of blossoming. So it is that the “pausing” at last comes to an end, and spring’s first comers to press upward, outward and onward burgeoning into flowers and the “mystery of green” that’s a garden. And then in the mirror of my mind I can see clearly the countenance in the Face of all faces because as Robert Brault says, “As a gardener, I’m among those who believe that much of the evidence of God’s existence has been planted.”

Faithfulness springs forth from the earth, and righteousness looks down from heaven. ~Psalm 85:11  ✝

That is faith, cleaving to Christ,
twining around Him
with all the tendrils of our heart,
as the vine does round its support.
~Alexander Maclaren 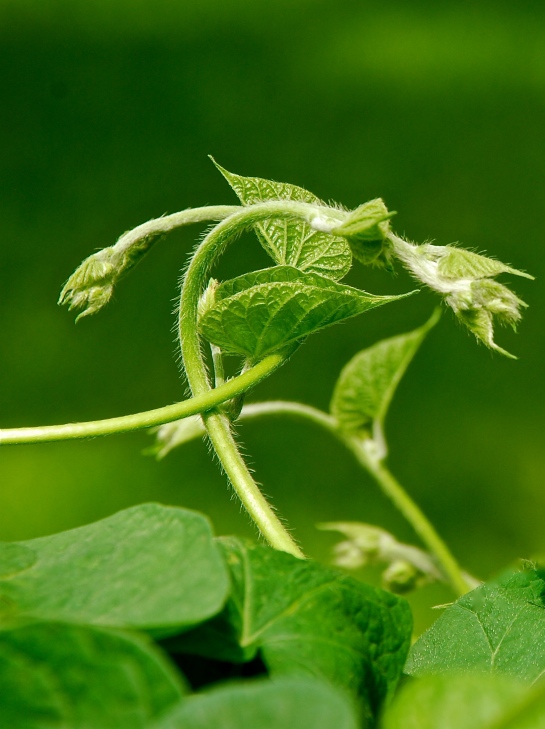 Like all else in Creation, vines remind me of the nearness of God perhaps because they reflect the way He wraps His arms around His children and keeps them close to Himself. In that way we go together like a hat and glove as they say for we are to the Lord as the branch is to the vine, as sheep are to the shepherd, as the flower is to the stem, as the bride is to her groom, as the bird is to air, as the fish is to water, as the star is to the sky, as the sun is to the moon, as the plant is to the seed, as the grass is to the dew, and as the babe is to its mother. Simply put, we are inextricably linked to Yahweh, the Maker of heaven and earth, and it is from our loving Source that we gather strength and energy. His supporting and sustaining provisions draw us into His holy web of life and subsequently move us closer and closer to the Light. In the Gospel of John are the “I am” sayings of Jesus which give us wonderful descriptions of the way Christ connects with us: 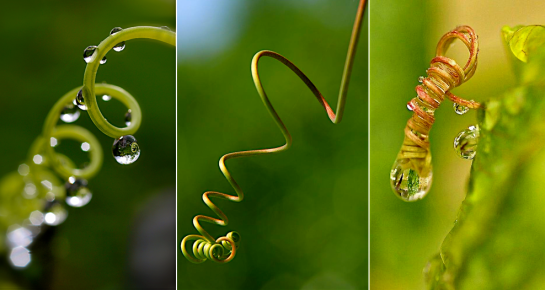 Return to us, O God Almighty! Look down from heaven and see! Watch over this vine, the root your right hand has planted, the son you have raised up for yourself. ~Psalm 80:14-15   ✝ 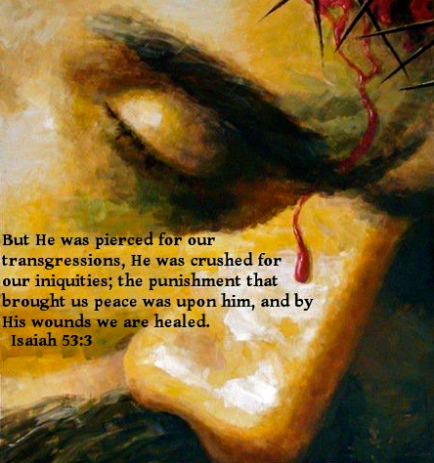 See the land, her Easter keeping
Rises as her Maker rose.
Seeds, so long in darkness sleeping,
Burst at last from winter snows.
Earth with heaven above rejoices
Fields and gardens hail the spring;
Shaughs and woodlands ring with voices,
While the birds build and sing.

You, to whom your Maker granted
Powers to those sweet birds unknown,
Use the craft by God implanted;
Use the reason not your own.
Here, while heaven and earth rejoices,
Each his Easter tribute bring –
Work of fingers, chant of voices,
Like the birds who build and sing.
~Charles Kingsley 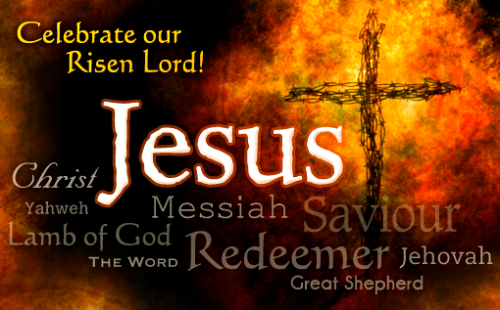 On a faraway spring morning, in a remote corner of the Roman empire, soldiers crucified a Galilean Jew known as Jesus of Nazareth. ~Colin J. Humphreys

“Don’t be alarmed,” he said. “You are looking for Jesus the Nazarene, who was crucified. He has risen! He is not here. See the place where they laid him.” ~Mark 16:6 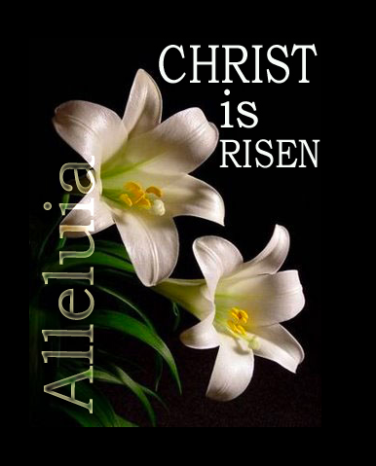