Go to the limits of your longing.
God speaks to each of us as he makes us,
then walks with us silently out of the night. 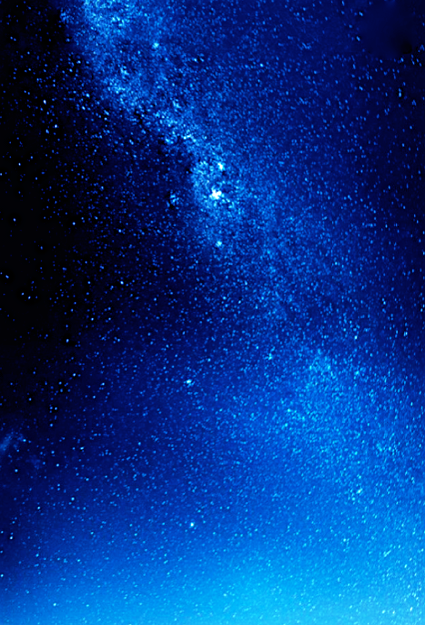 These are the words we dimly hear:
You, sent out beyond your recall,
go to the limits of your longing.

Embody me.
Flare up like a flame
and make big shadows I can move in.

Let everything happen to you: beauty and terror.
Just keep going. No feeling is final.
Don’t let yourself lose me. 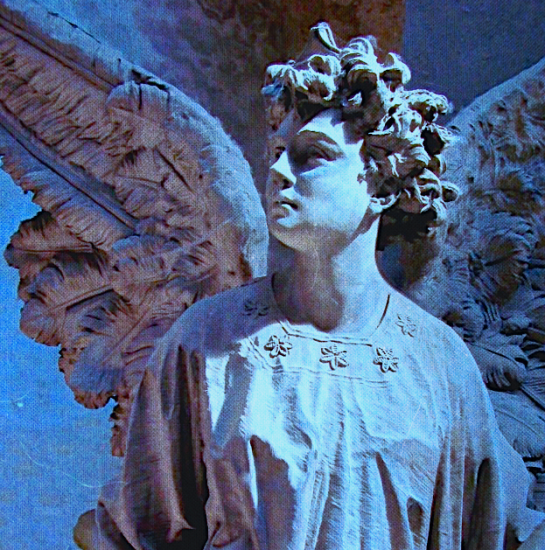 Nearby is the country they call life.
You will know it by its seriousness.
Give me your hand…

All my longings lie open before you, Lord; my sighing is not hidden from you. ~Psalm 38:9 ✝

And the night shall be filled with music,
And the cares that infest the day
Shall fold their tents
And as silently steal away.
~Edited lines by Henry Wadsworth Longfellow

In January, as winter begins to deepen, the rhythms that “wash away from the soul the dust of everyday life” grow faint, as if whispered. However, when nature’s earthly notes are muffled by icy gales, heavy frosts, or falling snow, the “echo of the spheres” overheard remains audible. And on the less chilly days, the ones between cold fronts, bits and pieces of tender, albeit potent, harmonies often continue to rise. Today, for example, I spotted the tiny tips of hyacinth bulbs breaking the cold, hard ground, and as if escaping through the tiny fissures the bulbs had created, Eden’s heartbeat jumped up another fraction of a decibel. Even on the really, really forbiddingly cold days, within the sounds of silence, there are pauses, ripe and pregnant, that are as eloquent as notes and lyrics. For it is in those rests and pauses that can be heard dulcet sounds, soothing honeyed ones which are recognized not by the ears, but by the soul. And although it has been said that trees and flowers grow in utter silence while the sun, the moon, and the stars above our heads do the same, I’m not sure that’s true. I contend that on any  given day of the year if one listens with a hunger in the heart and a thirst in the soul, the footfalls of God can yet be ascertained upon the sacred soil of Creation and His voice which spoke everything into being can still be heard echoing amid the orbs of the firmament. That’s why if one stills him or herself and earnestly seeks Yahweh’s face, it can be made out even winter’s inhospitable bleakness. And after it’s glimpsed, one’s ears can also discern the sweet, sweet sounds of the Father’s loving utterances as He calls out to His beloved children.

The music is not in the notes,
but in the silence in between.
~Wolfgang Amadeus Mozart

Then the man and his wife heard the sound of the Lord God as He was walking in the garden in the cool of the day… ~Excerpt from Genesis 3:8 ✝

The rose speaks of love silently,
in a language known only to the heart.
~Author Unknown 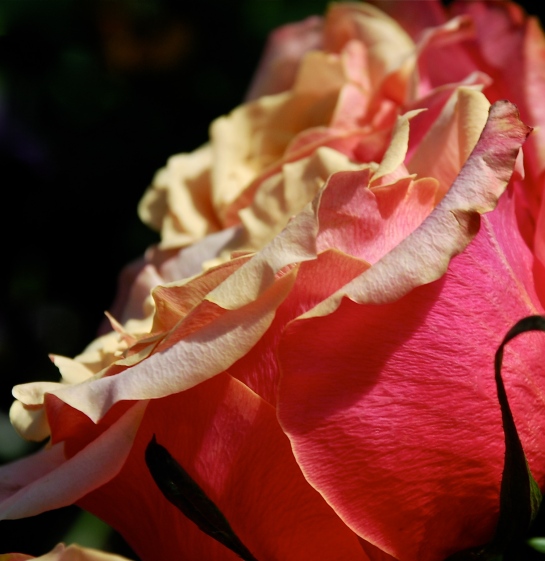 Slow buds the pink dawn
like a rose from out
night’s gray and cloudy sheath.
Softly and still it grows and grows.
Petal by petal, leaf by leaf.
~Susan Coolidge

These roses under my window make no reference to former roses or to better ones; they are for what they are; they exist with God today.  There is no time for them.  There is simply the rose; it is perfect in every moment of its existence.  But man postpones or remembers; he does not live in the present, but with reverted eye laments the past, or heedless of the riches that surround him, stands on tiptoe to foresee the future.  He cannot be happy and strong until he lives with nature in the present, above time. ~Ralph Waldo Emerson

**All 3 of these photos above were taken by me of a rose named, Cherry Brandy, which I believe may be my all time favorite.  I sure hope I can find one to plant in my yard.

Let yourself be silently drawn
by the stronger pull of what you really love.
~Rumi

Sometimes reaching a height of 9 feet they tower above all else in a garden, and wherever they grow, their flowers are a magnet for hummingbirds and butterflies. They are the lovely hollyhocks, flowering plants of such antiquity that they were found at a neanderthal burial site. Long after the neanderthal era the hollyhock was grown in religious gardens around churches and monasteries, and seeds of the hollyhock were included in the cargo on early ships to the Americas. Since then they have stood as silent sentries over many a garden fair, and their chalice-like blossoms, when facing upward, have captured and held countless dollops of daylight while captivating mortals with their winsome ways. Now the tall, showy hollyhock, born of the miraculous, is found in gardens all over the world. Miracles? Yes, the first miracle is that all the data needed to replicate this lovely giant and its flowers is stored in something as small as one of my freckles. The second miracle is that for thousands and thousands and thousands of years its small seeds have not perished nor failed in their purpose. The third miracle is that the Lord ordained pollinators along with the sun, soil, and water, to be faithful guarantors of the hollyhock’s lifeline. How could anything be more amazing than that God not only created all that is and devised ingenious ways for everything He made to be replenished, but that he also valued the importance of beauty as well as purpose.

Thank you, Lord Jesus, that you save, you heal, you restore, and you reveal Your Father’s heart to us! May I dwell in Your holy presence and praise Your name for all that you have given and done.

Crowfoot, chief of the Blackfoot Nation, once asked, “What is life?”  He then answered his own question with haunting and graphic wisdom.  He said, “it is the flash of the firefly in the night.  It is the breath of the buffalo in wintertime.  It is the little shadow which runs across the grass and loses itself in the sunset.”

Life, that spark, that whispering breath of God over the void, grows faint in winter.  Cloistered behind the grays and browns of gloomy veils, its glow, its hum, its buzz, pales and lowers, but as we near the vernal equinox, Eden’s heartbeat becomes a little more perceptible each day.  It has been said that “God pours life into death and death into life without a drop being spilled,” and today I’ve discovered right here in my back yard that through dark, seemingly dead branches life into the lifeless has been poured again without any wasted spillage.  It is on the trailing tendrils of a “Clematis armandii” vine that life has flowed silently and secretly until it could no longer be contained.  As it burst forth into the newness you see in my photos, it is proof that the Holy One tends His Eden still.  His divine, hidden forces of life have become tangibly visible, and a new spark has ignited a tiny flame.  Soon a steady succession of similar sparks will fuel a blaze, a blaze that will spread like a wildfire lighting the world anew with evidence of God’s never-ending glory.

Who among all these does not know that the hand of the Lord has done this?  In His hand is the life of every living thing and the breath of every human being.  ~Job 12:9-10  ✝

“I watched bulls bred to cows, watched mares foal, I saw life come from the egg and the multiplicative wonders of mudholes and ponds, the jell and slime of life shimmering in gravid expectation. Everywhere I looked, life sprang from something not life, insects unfolded from sacs on the surface of still waters and were instantly on prowl for their dinner, everything that came into being knew at once what to do and did it, unastonished that it was what it was, unimpressed by where it was, the great earth heaving up bloodied newborns from every pore, every cell, bearing the variousness of itself from every conceivable substance which it contained in itself, sprouting life that flew or waved in the wind or blew from the mountains or stuck to the damp black underside of rocks, or swam or suckled or bellowed or silently separated in two.”  ~E. L. Doctorow 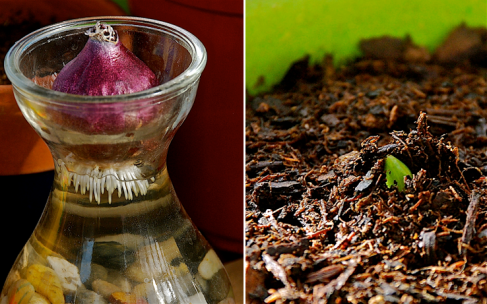 Life!  Life I say!  Life-sacred and mysterious–I’ve had a hand in creating life again!  And as usual, it is ever so magical and wondrous!  Since early last week I’ve been setting bulbs in containers in the greenhouse, and even as cold as it has been today, I made my daily visit out there to see if anything had started happening.   And as tiny a start as it was, life had indeed begun!  Actor Mike Dolan once said, you should “anticipate the day as if it were your birthday and you were turning six.”  I did and it was and I responded like any normal 6 year old, with a dropping of my jaw and squeals of joy.  The photos aren’t great but you can see where roots have started forming on the bottom of a hyacinth bulb and the tiny green emergence of a ranunculus bulb.

You garden because you need
to make a profound connection with the Earth.
It’s your birthright.
A primordial longing to experience
and participate in the magic of nature.
The deep knowing that ultimately nature is your teacher.
Your guide.
You’re a participant. A cog in the wheel. Not in charge.
~Fran Sorin, Gardening Gone Wild,  http://www.gardeninggonewild.com/

My garden and my greenhouse are my classrooms, and the Lord is my teacher and facilitator.  “See, God exalted in His power; who is a teacher like Him?”  ~Job 36:22

How silently they tumble down
And come to rest upon the ground
To lay a carpet, rich and rare,
Beneath the trees without a care,
Content to sleep, their work well done,
Colors gleaming in the sun.
~Elsie N. Brady

Pat.  Pat, pat.  Pat, pat, pat.  Pat.  Pat, pat.  Pat.  Pat, pat, pat.  “Listen to the falling rain; listen to it fall.”  A remembered lyric from an old José Feliciano song ran through my mind.  But wait, I didn’t feel anything wet and the afternoon sun was shining in a cloudless sky.  So if it wasn’t rain, what on earth had I heard behind me.  As I turned to investigate, I saw that it was indeed raining, but not in the way I expected.  November’s gusting winds were letting loose hundreds of colored leaves from their woody perches.  The ones not already brought down by the rains of recent days were not tumbling down silently as Brady suggests; they were pelting the shed, the greenhouse, the birdbaths, and the ground so forcefully that they sounded like huge raindrops.  So it was pouring all right; it was raining leaf after leaf after leaf, pretty autumn tinted leaves, and the air in which they were dancing was made gold and red and ripe.