Come out here where the roses have opened.
Let soul and world meet.
~Rumi 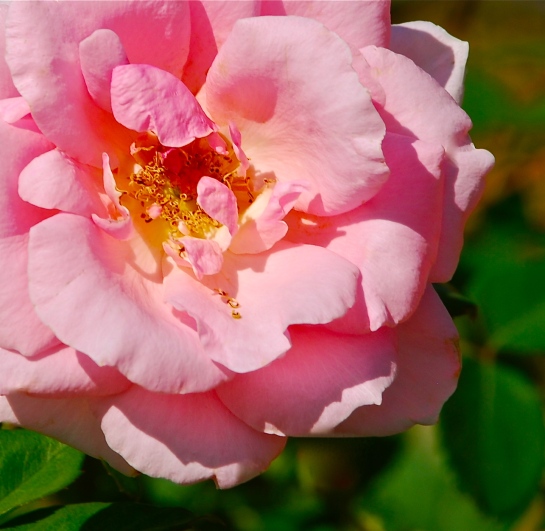 May you recognize in your life the presence, power, and light of your soul.
May you realize that you are never alone, that your soul
in its brightness and belonging
connects you intimately with the rhythm of the universe.
May you have respect for you own individuality and difference.
May you realize that the shape of your soul is unique,
that you have a special destiny here, that behind the façade of your life
there is something beautiful, good, and eternal happening.
May you learn to see yourself with the same delight,
pride, and expectation with which God sees you in every moment.
~John O’Donohue

You don’t just have a story –
you’re the story in the making,
and you never know what the
next chapter is going to be.
That’s what makes it exciting.
~Dan Millman

Life is like a book and
we’re the writers of our own stories,
the makers of our own destiny.
And each day is a new chapter,
a new challenge,
a new path,
a new journey.
~Unknown

Little Miss Natalie sat on a tuffet
Pulling her weeds today
Along came a spider
Who sat down beside her
And frightened Miss Natalie away.

Much like a subtle spider which doth sit
In middle of her web, which spreadeth wide;
If aught do touch the utmost thread of it,
She feels it instantly on every side.
~Sir John Davies

Actually the spider didn’t frighten me away because I saw the thing before I ventured into its sticky lair and was keeping an eye on it. There was a time though that had I seen the likes of this guy, I would have let out a yelp, jumped up, and scampered far, far away. But the aging gardener that I am now is way too fascinated by the wondrous and interactive nature of Creation to do that these days. I did, however, not sit on my “tuffet” much longer because I wanted to get a picture of the spider and its web. As spiders go, it was a rather handsome fellow, and I’d never seen a web that had a vertical zig-zag strip down the middle like this one had. But shortly after I got up, grabbed my camera, and got back out there, I had only snapped a couple of shots when one of my yard cats moseyed up at my feet and touched the bottom of the web with his tail.  And as Sir Davies suggests the spider felt it because it then scurried quickly up to the top of its web to hide under an overhanging leaf. I waited a bit but it was hot and the spider, it seems, was just not going to leave the safety of its sheltering leaf. So finally I took a deep breath and reached out gingerly to tap the top of the leaf and sure enough when I did down the creature came back to the center of its web. As luck would have it, this time it went down the other side of the web which allowed me to get a shot of its underbelly. So if you look carefully at the photos, you can see its back in the first one and in the second one you see its underside through the web.

Such is the destiny of all who forget God; so perishes the hope of the godless.  What they trust in is fragile; what they rely on is a spider’s web. They lean on the web, but it gives way; they cling to it, but it does not hold. ~Job 8:13-15   ✝

I paid a dime for a package of seeds
And the clerk tossed them out with a flip.
“We’ve got ‘em assorted for every man’s needs,”
He said with a smile on his lip.
“Pansies and poppies and asters and peas!
Ten cents a package and pick as you please!”

Now seeds are just dimes to the man in the store
And dimes are the things he needs;
And I’ve been to buy them in seasons before,
But have thought of them merely as seeds.
But it flashed through my mind as I took them this time
“You have purchased a miracle here for a dime!” 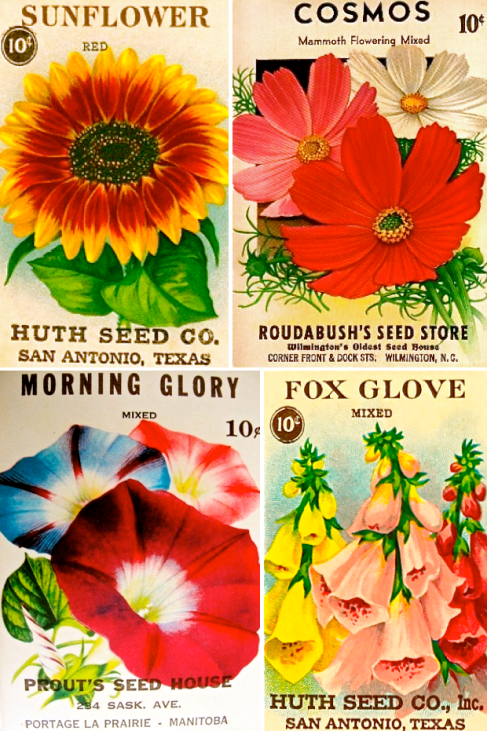 Nowadays a packet of seeds costs more than a dime; yet one can still buy a packet of “miracles” for a reasonable sum.  And the initial investment is small compared to the potential yield not only from the generous number of seeds in each packet but also from the seeds that those plants ultimately produce.  I know because my garden is full of plants started from seeds I never bought.  Not only that but lots of birds eat well on the excess “birdseed” I don’t have to buy.  So it is that in nurturing I am nurtured.  By becoming a part of the “cosmic consciousness,” I  get to participate in the sacred dance of life.

The Book of Genesis tells us that on the third day the Lord created seed-bearing plants and trees.  And from the moment He spoke those words, countless seasons have come and gone and the soil in any given garden has quaked with life from seeds forming in its dark wombs.  As the trembling in “dark wintry beds” increased, an impetus not unlike labor pains pushed roots downward and tiny green shoots upwards toward the light until at last new “miracles” became stable,visible, and tangible.  As more and more darkness melted away in the blaze of lengthening days and intensifying sunlight, the warp and woof of nature began weaving another springtime into existence.  And when the shroud of gloom, winter’s drab garment, was finally sloughed off it was replaced by spring’s brilliant, gauzy garments, garments as colorful as the “silks of Samarkand.”

Isaac sowed seed in that land, and in the same year reaped a hundredfold.  ~Genesis 26:12  ✝