The bird a nest,
the spider a web,
man friendship.
~William Blake 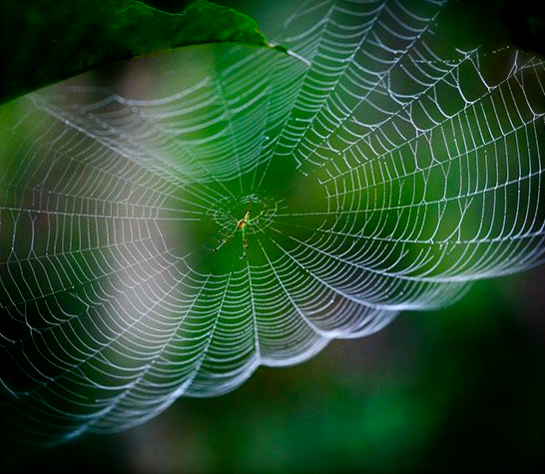 A spider, industrious and tireless, has made its home the rose covered trellis over the small porch outside my studio. I saw him again late yesterday while I was rocking in my chair beneath the arch; it kept dropping down on slender, silky threads and dangling in mid-air about a foot below the zenith of the arch. Then as darkness descended it began in earnest weaving its treacherous web; back and forth, back and forth it moved under the partially obscured waxing moon. As it worked, it glided like a skater along its airy tightropes, and a rumbling noise off in the distance added a touch of the sinister to the scene. Watching the vagabond’s rhythmic dance in the weaving of its intricate labyrinth of stickiness started lulling me into an almost hypnotic stupor, so much so that sleepiness lay heavy on my eyelids. But that ended quickly as I opened one eye just in time to see the spider begin what looked like a free fall into a bottomless pit of oblivion. When it finally stopped, it was hanging about eye level and within a foot of my startled face. Which of us was the more frightened, I know not, but seconds later it had beat a rapid retreat up its silky rope, and I had bid it goodnight and retreated indoors. In my mind, both were healthy acts of cowardice.

8 thoughts on “421. Fiction is like a spider’s web, attached ever so slightly perhaps, but still attached to life at all four corners. Often the attachment is scarcely perceptible. ~Virginia Woolf”