You can become blind by
seeing each day as a similar one.
Each day is a different one,
each day brings a miracle of its own.
~Paulo Coelho 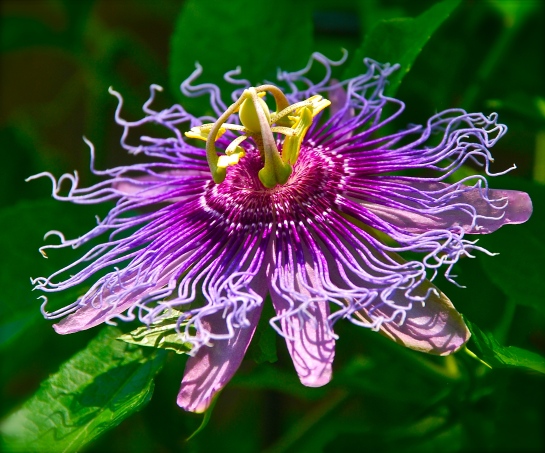 I’ve always been delighted
at the prospect of a new day,
a fresh try, one more start,
with perhaps a bit of magic waiting
somewhere behind the morning.
~J. B. Priestley

And waiting did come to an end, this day was a different kind of one, and there was magic waiting behind the morning. However, it wasn’t until after much waitng that such as what you see in the photo appeared in my yard, for I had had to plant three passion flower vines before one would survive much less bloom. I know not why the first two vines didn’t make it, but alas and sadly they did not.  But determined as I was not to give up I put yet another one in the ground last year, and that one not only survived but actually continued putting on new growth well into autumn. When it died down to the ground as these vines do in winter, I waited and as spring approached watched to see if it was going to make a come back and sure enough it did. The waiting finally ended a week ago when I spied its first two blooms. Then today another of these rather exotic blossoms is prettily perched atop the back fence. So here’s to waiting, morning’s magic, and miracles!

The whole earth is filled with awe at your wonders; where morning dawns, where evening fades, you call forth songs of joy. ~Psalm 65:8  ✝