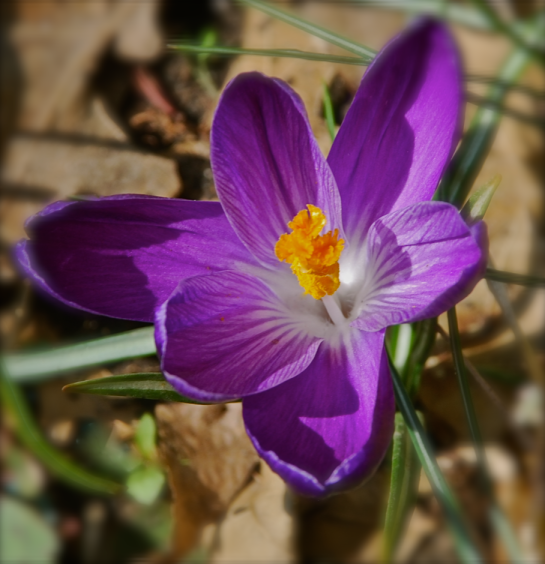 Today, the ides of March, is the average last freeze date in north Texas. There are times, although, when after the 15th of March we’ve experienced one or more late freezes which kill the smatterings of early spring blooms that often start here as early as February. But interestingly there’s a saying hereabouts which purports that if the pecan trees have not yet budded by the 15th, there will definitely be more freezes. So I keep an eye on my neighbor’s pecan tree as it actually has branches reaching over our common fence line, and I can easily see whether it has started budding or not. That’s why today I went out for my usual ides of March sojourn over to my north fence and looked up to find that tiny buds are beginning to appear on some of the tree’s branches. And silly as it may seem, I’ve been watching that circumstance for over a decade now, and it has never failed to be quite accurate in its forecast. So now I can and will bring the ferns out of the green house to enjoy breezy and fresher open air, and I will be able to move forward with more and more plantings. Isn’t it fascinating that seeds which fall to the ground during the growing season in summer and/or autumn know when it’s time to start germinating in the spring and that pecan trees and other already growing things know when it’s safe to start budding and leafing out. Indeed, the Lord’s designs, in all things, are amazingly far better laid out than “the plans of mice and men.”