The oaks and pines and their brethren of the wood,
have seen so many suns rise and set,
so many seasons come and go,
and so many generations pass into silence,
that they may well wonder what
“the story of the trees” would be to us
if they had tongues to tell it,
or if we had ears fine enough to understand.
-Author Unknown 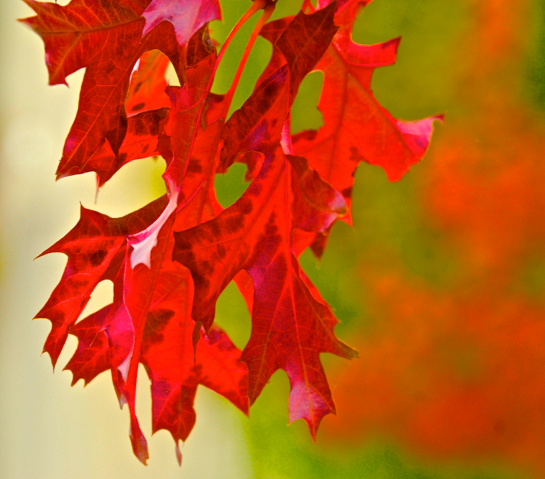 When one thinks about earth’s courts in such a way, he/she realizes that trees, like us, stand on hallowed ground, and so it’s not surprising that throughout the ages trees have been given deep and sacred meanings. By observing the growth and death of trees, the flexible nature of their branches, the annual reoccurrence of their foliage, humanity has seen trees as powerful symbols of growth, decay, and resurrection. Trees and their way of providing shade and shelter are adored by both wildlife and humanity alike, and the views afforded from their lofty heights are to be envied. Trees are more than simply the largest elements of the landscape or garden; over time they become like venerated companions that unfailingly stand by us throughout the seasons and storms of life. Given their size and the fact that they prevent soil erosion, provide weather-sheltered ecosystems in and under their leaves, play a vital role in the production of oxygen and the reduction of carbon dioxide, moderate ground temperatures, and produce orchard fruits, trees speak to us of the largesse and power of God. 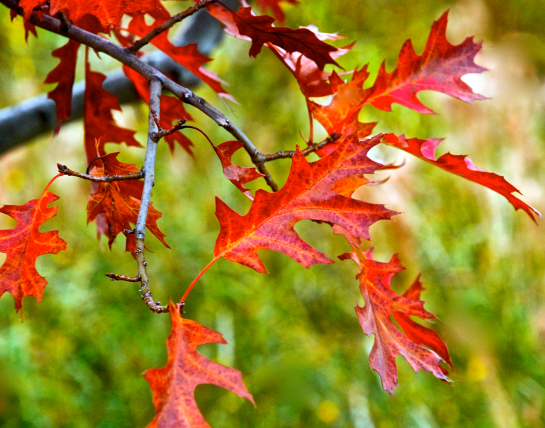 Soon and in a blaze of glory the trees bearing the leaves in my photos will be stripped of their foliage, but though barren and seemingly no more than a silent sentry where they stands, somewhere in their core their music will play on. Muir’s idea that the fibers of the tree’s being thrills “like harp strings” at all times is true and answers Walt Whitman’s inquiry, “Why are there trees I never walk under but large and melodious thoughts descend upon me?” The music of life plays on in all of Creation, and like God’s presence it is never absent from us. We may not always hear the music but the melodies are there. We may be absent from the Lord, but He is never absent from us. He can be found in the lights of the sky, the colors of earth, the warmth of the sun, in waters that flow, in the wind that can be felt but not seen, and in the boughs of mighty trees. In his Celtic Psalter J. Philip Newell uses the image of trees as a revelation of God’s presence, “Like light dappling through the leaves of a tree and wind stirring its branches, like birdsong sounding from the heights of an orchard and the scent of blossom after rainfall, so you dapple and sound in the human soul, so you stir into motion all that lives.” When our ears and eyes weren’t “fine enough to understand,” God sent us His son. As we follow the star to the manger in celebration of Christ’s birth in a few weeks, may the music in all that God has made be heard, acknowledged, and honored.

For everyone who asks receives; he who seeks finds; and to him who knocks, the door will be opened. -Luke 11:10  ✝