Magic is really only the utilization
of the entire spectrum of the senses.
Humans have cut themselves off
from their senses. Now they see only
a tiny portion of the visible spectrum,
hear only the loudest of sounds;
their sense of smell is shockingly poor,
and they can only distinguish
the sweetest and sourest of tastes.
~Michael Scott …there will be heard once more the sounds of joy and gladness, the voices of bride and bridegroom, and the voices of those who bring thank offerings to the house of the Lord… ~Excerpt fro Jeremiah 33:10 and 11  ✝

The autumn of the year is an artist,
a mural artist who enchants the landscape
with  touches of tangerine and magenta, crimson and gold.
And we, we who witness and relish fall’s splendor
are invited to tell its story or to dance or to sing
with the same kind gusto as the dazzle of its drama.
~Natalie Scarberry 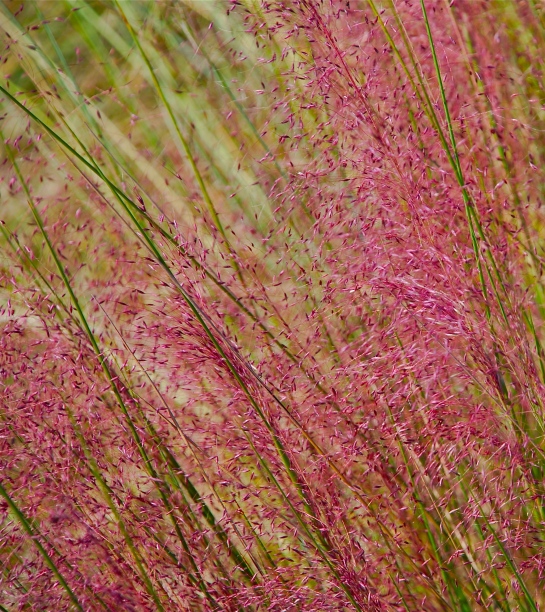 Magenta! The mystery of marvelous, magical magenta! But why, why would a color as gorgeous as it be a mystery? Well, magenta doesn’t have a wavelength, and it’s never seen in a rainbow. Yet the rainbow is supposed to be the full spectrum of color, and wavelengths of reflected light determine what color the eye sees. So the answer lies in color mixing. But wait, colors cannot be mixed in physics! And therein lies the mystery of magenta. It has to do, not with photons and physics, but instead with the physiology of the way the eye works. Even though the human eye is sensitive to color, it is only through red cones, blue cones, and green cones in the retina, none of which mixed, result in magenta. However, as it turns out, the brain can be tricked into color mixing or even into inventing or making up a color. And so magenta results from the perceived absence of green in the color spectrum leaving only red and blue, and blue light mixed with red light creates magenta. That’s why my photo of the ornamental grass yesterday and the one today tell me that the Lord, genius and maker of all this is, is a Master Artist as enamored as anyone, including “moi,” with mixing and matching colors and creating what some call “eye candy.”

I will proclaim the name of the Lord. Oh praise the greatness of our God. ~Deuteronomy 32:3    ✝