In whispered song of shadowed pearl,
her lumened face now opened
for night’s cool embrace.
~Edited excerpt
from a poem, by David Mohn 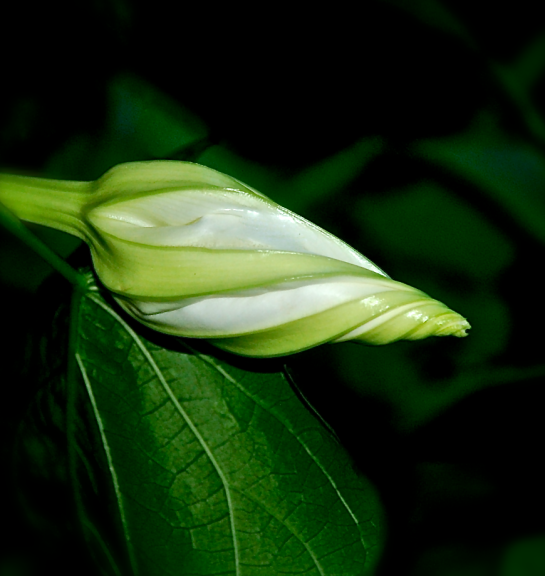 From out of twining, emerald leaves
what was at first a tight, small
small bud of green, emerges
a twisted spiral of white and green. 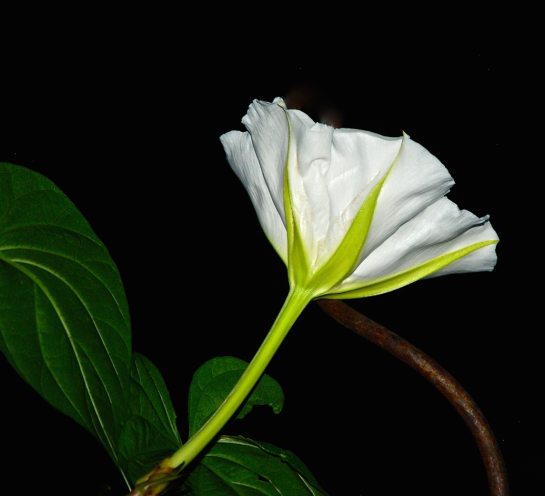 Then wider and wider it
spreads until like a lady’s
handkerchief it opens. 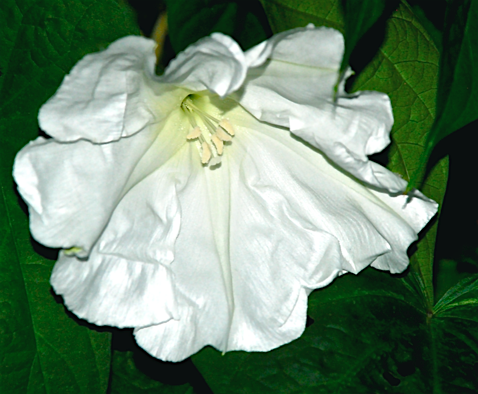 As the stars pop out one by one
in the heavens above the satiny,
fragrant, night-blooming
morning glory begins its reign
as sovereign monarch throughout
the entirely of night’s realm. 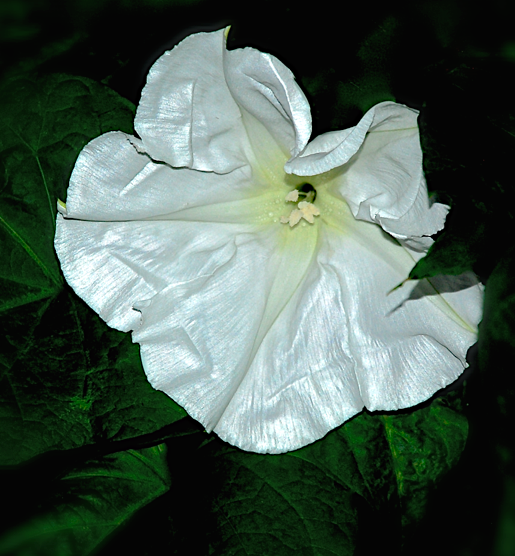 Round like the moon, it mimics
the orb in the utter splendor
of its fullness before it begins
to crumple in the day’s first light, 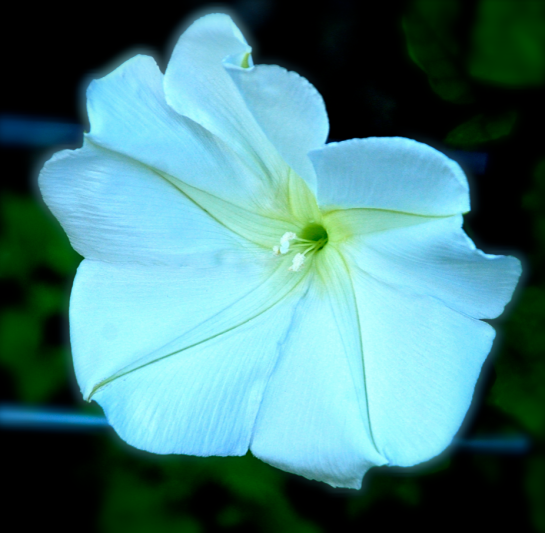 But that it might be
cool enough to embolden it
to linger a little longer. 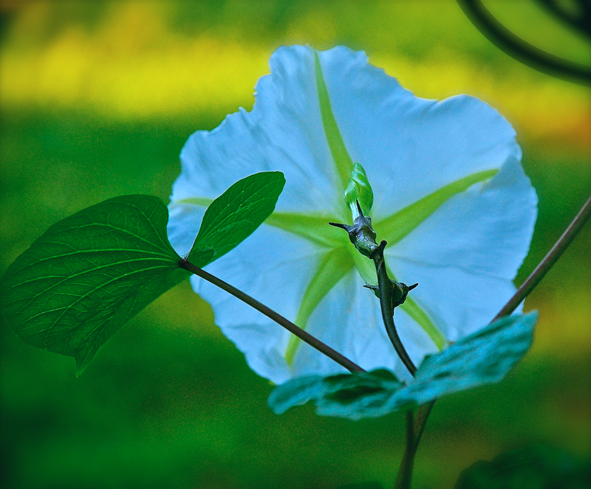 The sun has one kind of splendor, the moon another and the stars another; and star differs from star in splendor. ~1 Corinthians 15:41  ✝

**In the last photograph you are looking at a moonflower fully opened after first light because it was cool enough that morning when I took the picture. And I’m looking at it from the back so that you can see one of the small green buds behind it that it was before it began to untwist and open.