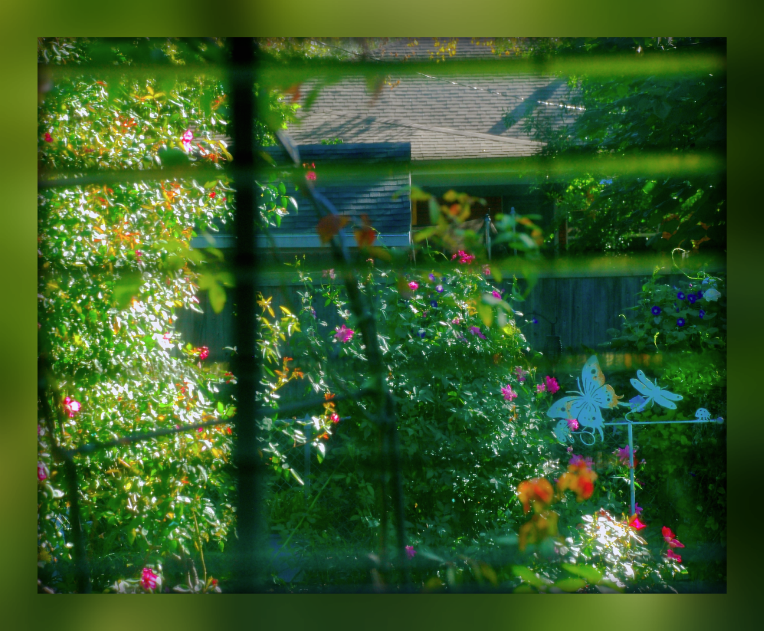 Do you see any leaves turning autumn colors in the photo above? Do you get any sense at all that it’s cool and crisp outside the window, the window that’s right here where I sit to work at my computer, the window from which I shot that not-so-great photo through the venetian blinds? Sadly neither do I! It’s almost November and that “opposing misery of summer” of which Hipps speaks has NOT gone! I’m certain because when I went out in the yard just a few minutes ago to take some photos, I came in just as dripping wet as I had all summer. It might be about ten degrees cooler our there than it was in August, but with the high humidity we are STILL having, it continues to feel like I’m walking into a sauna when I open the door to go out! So where or where is Autumn??? Did it get lost somewhere along its way to Texas??? Perhaps so because according to the National Weather Service the ending of the year and throughout the winter for much of the US will be warmer and drier as the result of another “La Niña” that has set up in the Pacific. (See the photo below where it shows the predicted varying degrees of heat and lack of rainfall as the year ends in the US.) And that makes for an oh so unlucky me because I’m here in north central Texas. Yippee, huh?! That’s why when I read your blogs about cool, crisp days that include photos of lovely autumn leaves, I either begin to salivate like a rabid dog or my eyes start tearing up because Autumn is one of my favorite times of the year and I’m so ready for it to come! Oh, I know, who wants to listen to a whiny old lady rant? So off I go to find a way, despite the “misery,” to self-soothe and seek the presence of things for which to be grateful. Breathe, Natalie, just breathe…

“But I, with shouts of grateful praise, will sacrifice to you. What I have vowed I will make good. I will say, ‘Salvation comes from the Lord.’” ~Jonah 2:9  ✝

**I added the border around the photo I took out my window so you would get the feel of looking out a window.