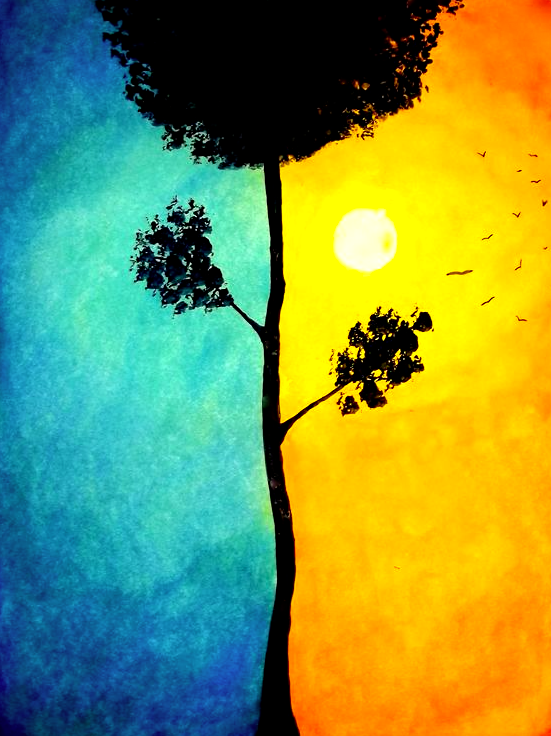 A shower, a late afternoon downpour sends little rivers flowing along the curbs;
A silence, a quiet hush falls after the rain;
A day, a passage of time almost spent dwindles peacefully as the sun lowers;
A hummingbird, a flying wonder comes to the feeder for its last sip of the day;
A cat, a feral wanderer arrives at the door looking for a final serving of food;
A plane, a distant sliver of a silver bird glides silently overhead,
And like all else as darkness draws nigh it appears to be moving in slow motion.
Then in the soon to be snuffed out light a bird perches up high in the bamboo
Calling loudly to its nightly bedfellows as it does every day about this time;
It’s as if it’s imploring stragglers to come home before darkness falls, and I wonder
If it could be that these birds who gather at dusk do so to talk of their day’s forays.
Or is it that they are raising their voices in nightly thanksgiving for the day?
Or maybe it’s just a benediction for safe passage through the long night that lies ahead.
Or perhaps they’re praying the sun will rise again to rekindle dawn’s flames.
Whatever it is or isn’t, onlookers of such occurrences find rhythm in such.
Nighttime follows the day and the morrow’s daytime will follow another night;
Both of them chasing round and round our sphere in an endless pursuit of purpose
As the seasons move across our fields and their remembrances grace our mortal lives.

There is a time for everything, and a season for every activity under the heavens… ~Ecclesiastes 3:1  ✝

12 thoughts on “1257. Things have their time, even eminence bows to timeliness. ~Baltasar Gracián”